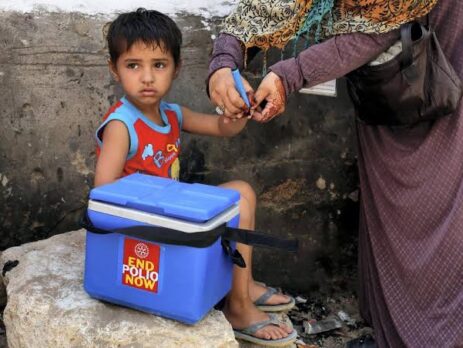 According to Baaghi TV, Pakistan revealed its second case of wild poliovirus in 2022, when a two-year-old girl from North Waziristan tested positive for new type-1 wild poliovirus (WPV1). The infant became paralysed on April 14th. On April 29, 2022, the Pakistan National Polio Laboratory at the National Institute of Health declared that the poliovirus has been confirmed. On April 22, a 15-month-old boy was diagnosed with the condition. Both children are from North Waziristan in southern Khyber-Pakhtunkhwa (KP), and they are members of Mir Ali's Union Councils. 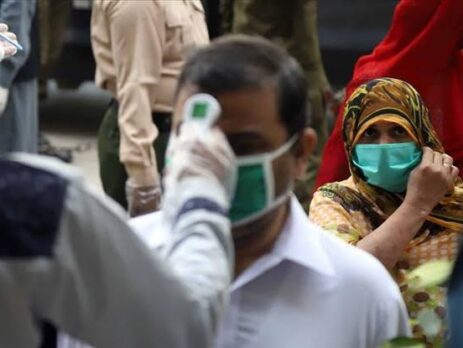 Pakistan has had the largest number of COVID-19 deaths — 48 — in the last 24 hours since October 7, 2021, bringing the total death toll to 29,420, according to data from the National Command and Operation Centre (NCOC). The graph shows a steady rise in hospitalizations, with 1,618 patients in critical care, but the positive rate has stayed below 10% for the fourth day in a row. 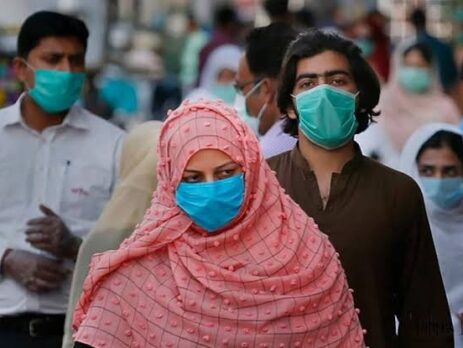 Covid-19: Pakistan’s positivity rate over 11% for the third day in a row

Pakistan's coronavirus positive rate remained above 11 percent for the third day in a row, according to statistics from the National Command and Operation Centre (NCOC) on Saturday morning. According to the apex COVID-19 body, Pakistan has an 11.31 percent positivity rate after 70,389 tests were completed across the country in the last 24 hours, resulting in 7,963 new coronavirus infections. The total number of positive cases has risen to 1.41 million, with 27 more patients dying of the virus, bringing the death toll to 29,219, according to official data. 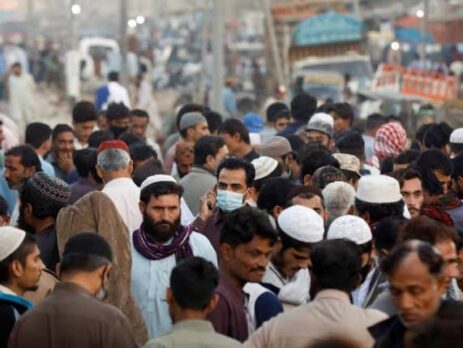 The National Command and Operation Centre (NCOC) statistics showed Friday morning that Pakistan has the greatest number of daily COVID-19 cases since the pandemic began in 2020, with 8,183 persons testing positive overnight, as the infections continue to grow amid a spread of the Omicron variety. Meanwhile, the daily COVID-19 death toll hit a new high for the first time since October 6, 2021, as the virus claimed the lives of 30 additional people overnight. COVID-19 claimed the lives of 39 people on October 6, 2021. 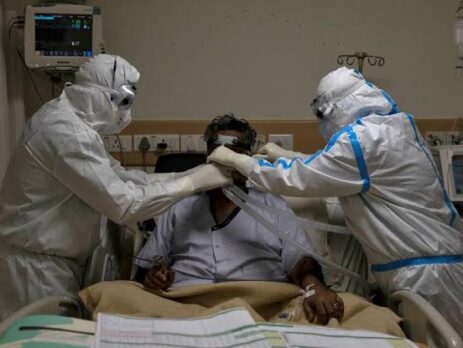 In the fifth wave of the pandemic, Pakistan's National Command and Operation Centre (NCOC) reported nearly 7,000 new COVID-19 cases for the second day in a row, as the Omicron strain spreads infections across the country. According to the NCOC's most recent statistics, 7,195 coronavirus cases were reported in the last 24 hours, following 57,401 tests completed across the country, with a positivity percentage of 12.53 percent. 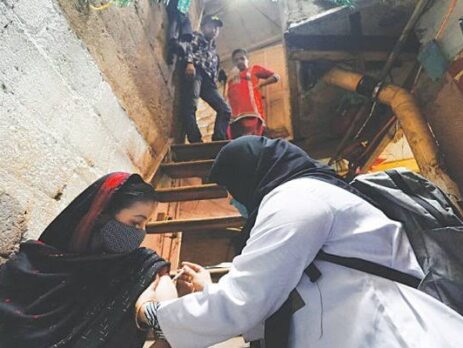 According to data from the National Command and Operation Centre (NCOC), Pakistan's coronavirus positive ratio increased by more than 7% in the last 24 hours, with 3,567 new cases reported – the most since September 10, 2021. According to the NCOC, 48,449 tests were performed across the country, with 3,567 illnesses resulting in a positivity rate of 7.36 percent. On August 31, 2021, the country reported a 6.64 percent infection rate. With the additional infections, the total number of those infected has grown to 1.315 million, while the death toll has risen to 28,999. 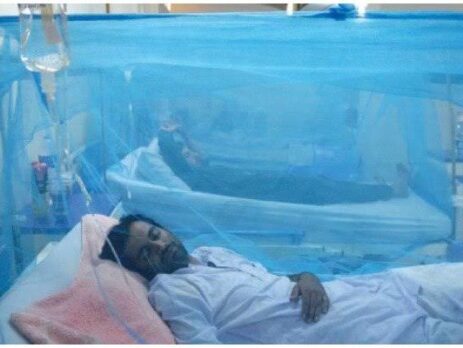 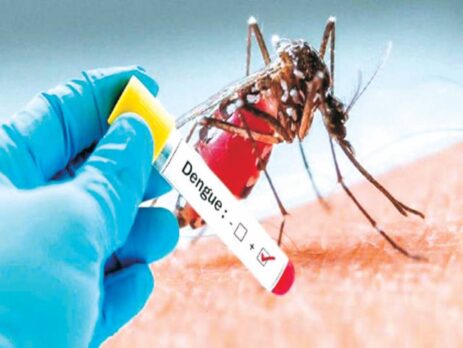 Dengue Hemorrhagic Fever is on the rise in Islamabad, with 40 more people diagnosed in the last 24 hours. According to officials, the total number of dengue fever cases registered this season has risen to 409. In recent weeks, three people in Islamabad have died as a result of the mosquito-borne viral illness. According to the sources: “Two of the people were from underdeveloped parts of the country, while one was from a metropolitan area.” 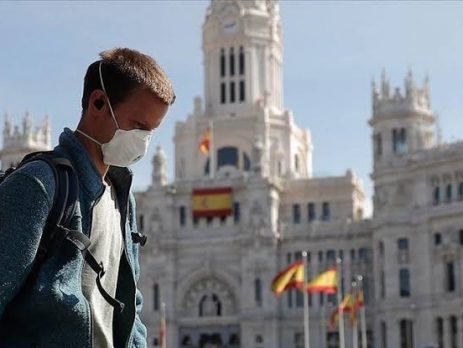 Madrid, Oct 23 (AFP/APP): The "real number" of coronavirus cases in Spain is more than three million, Prime Minister Pedro Sanchez said on Friday in a televised address. Earlier this week, Spain officially surpassed one million confirmed COVID19 infections but Sanchez said the actual figure was much higher because the number of cases detected at the start of the pandemic was very low.

ANKARA, Oct 23 (AA/APP): The Philippines released nearly 82,000 prisoners since mid-March to decongest the overcrowded jails in the country amid the COVID19 pandemic, the country’s top judge revealed on Friday. Chief Justice Diosdado Peralta said in a virtual news conference that 81,888 inmates were released from March 17 to Oct. 16, daily Phil Star reported. 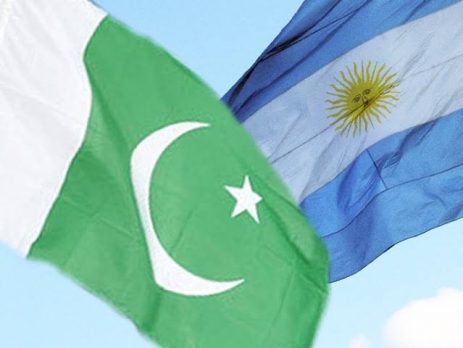 ISLAMABAD, Oct 23 (APP): Pakistan and Argentina, in their fourth round of bilateral political consultations, have exchanged views on a wide range of bilateral, regional and multilateral matters of mutual interest. The two sides also took stock of the under-process bilateral agreements and MoUs. The Foreign Minister of Argentina was invited to Pakistan on behalf of Foreign Minister Shah Mahmood Qureshi. 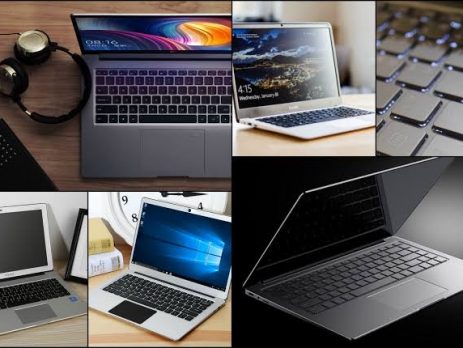 ISTANBUL, Oct 23 (AA/APP): The European Union's laptop imports reached an all-time high in April due to work or study from home amid the coronavirus pandemic, the 27-member bloc's statistical department announced on Friday. People also rely on virtual meetings and video talks with their friends and families during the period, Eurostat said. 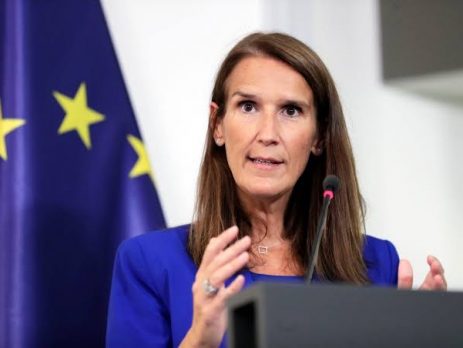 Brussels, Oct 22 (AFP/APP): Belgian Foreign Minister Sophie Wilmes, who was caretaker prime minister during the first wave of the coronavirus, has been admitted to intensive care, officials said Thursday. The 45-year-old tested positive for COVID19 last week and had been self-isolating, but her condition worsened and on Wednesday night she was admitted to a Brussels hospital. 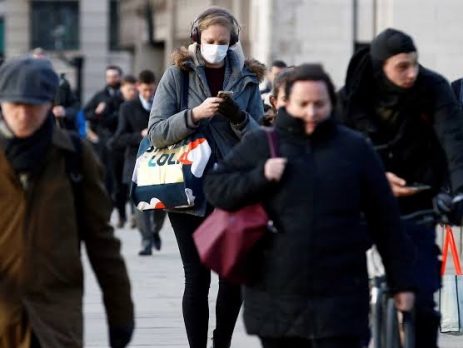 Berlin, Oct 22 (AFP/APP): Germany is facing a "very serious" rise in coronavirus cases, the head of the Robert Koch Institute disease control centre said Thursday, as the country reported a record 11,287 new infections. It is still possible to bring the virus under control through "systematic compliance with restrictive measures", Lothar Wieler said. But "the overall situation has become very serious," he added. 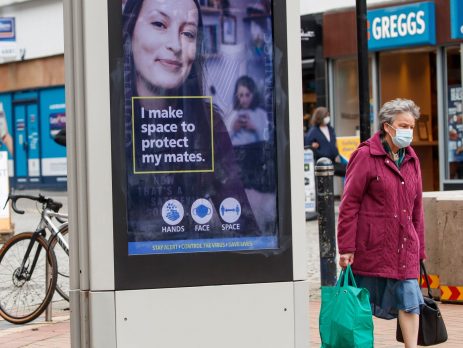 New Virus Curbs for Another 1.4 million in Northern England

London, Oct 21 (AFP/APP): More than a million people in northern England will be banned from mixing with other households under new coronavirus rules announced Wednesday, sparking warnings of "months of agony" ahead. The county of South Yorkshire, which includes the city of Sheffield, will enter into "very high" alert or tier three restrictions from Saturday, the UK government announced. 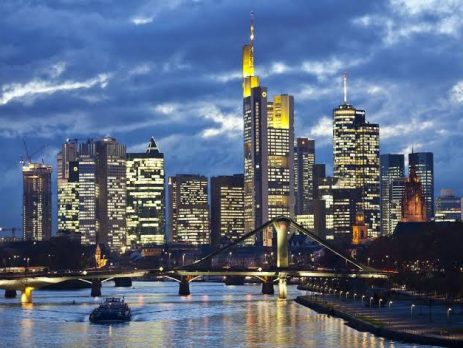 Pandemic to Cut Thousands of Banking Jobs in Frankfurt: study

Frankfurt am Main, Oct 21 (AFP/APP): Frankfurt's banking sector is set to lose thousands of jobs as a result of the coronavirus pandemic even as it tries to attract bankers fleeing Brexit, a study said Wednesday. Frankfurt-based Helaba bank said that it expects there will be some 62,700 bank employees in Frankfurt at the end of 2022, down 2,000 or about three percent from before the pandemic outbreak. 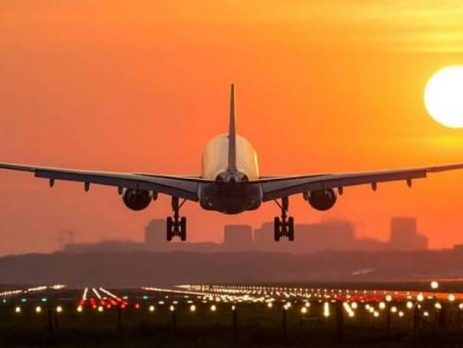 ISLAMABAD, Oct 21 (APP): The Civil Aviation Authority (CAA) has introduced effective anti coronavirus (COVID-19) Standard Operating Procedures (SOPs) for all international passengers arriving in Pakistan from different countries. The new SOPs would remain in place for inbound international flights till December 31, 2020, under which all passengers are required to register themselves by installing the Pass Track App, according to an official document. 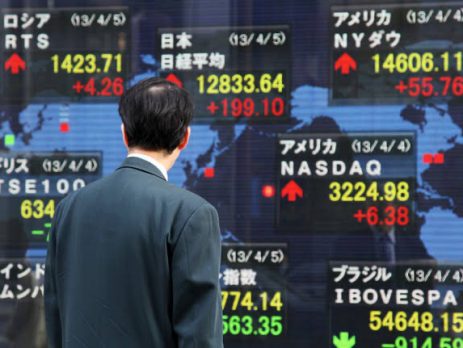 Hong Kong, Oct 21 (AFP/APP): Asian markets rose Wednesday on signs US lawmakers are edging towards agreeing a new stimulus package for the struggling economy, while hopes for a vaccine helped temper worries about surging virus infections around the world. After months of stuttering talks -- and with a deadline approaching -- Democrats and the White House said they were closing the gap on their proposals. 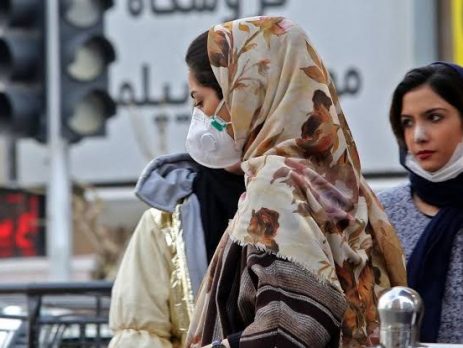 Tehran, Oct 19 (AFP/APP): Iran on Monday announced 337 deaths from the novel coronavirus, a record high for a single day in the Middle East country hardest hit by the Covid-19 pandemic. "In recent days, we have witnessed an unprecedented increase in mortality from the disease", health ministry spokeswoman Sima Sadat Lari said in televised remarks. 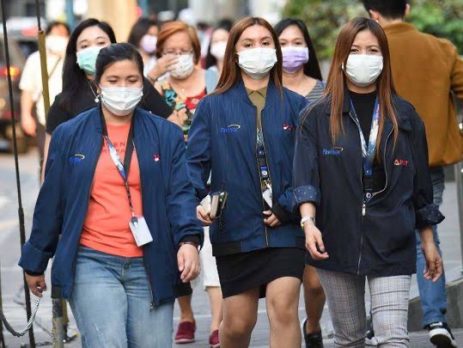 MANILA, Oct 19 (Xinhua/APP): The Philippines' Department of Health on Monday reported 2,638 new confirmed COVID-19 cases, bringing the total number in the country to 359,169. The department said 226 more patients recovered, raising the total number of recoveries to 310,303. The death toll climbed to 6,675 after 26 more patients died from the viral disease. The Philippines is still under varying levels of lockdown. 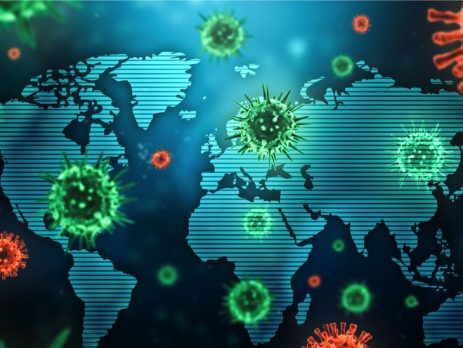 ANKARA, Oct 19 (AA/APP): Japanese vaccine producers have been facing cyber attacks since early April, local media reported Monday. However, no apparent information leaks has been made, Kyodo News Agency reported. According to US information security firm CrowdStrike, the attacks were the first cases of their kind in the country. It added that the attackers appear to be Chinese. 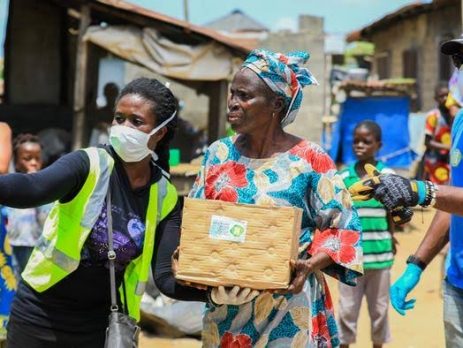 ADDIS ABABA, Ethiopia , Oct 19 (AA/APP): The death toll in Africa from the novel coronavirus reached 39,738, the Africa Centres for Disease Control and Prevention said on Monday. The total number of confirmed cases have now crossed 1.64 million while more than 1.35 million patients have recovered. Regionally, Southern Africa saw the most number of cases and deaths that have now stood at 776,000 and 19,900, respectively.

London, Oct 17 (AFP/APP): About 28 million people in England, more than half the population, are now living under tough restrictions imposed on Saturday as the country battles a surge in coronavirus cases. The government of Prime Minister Boris Johnson has introduced a three-tier alert system to try to contain the disease, with some virus hotspots seeing bans on household mixing and closure of pubs. 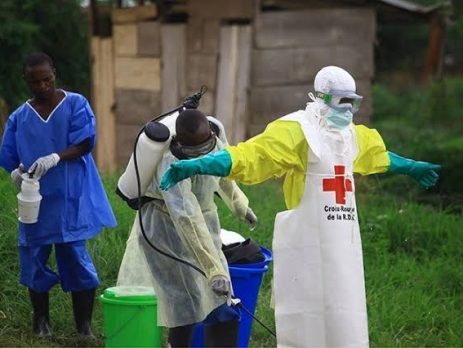 Kinshasa, Oct 17 (AFP/APP): The latest Ebola epidemic in the Democratic Republic of Congo is now under control, the man leading the fight against the disease said on Saturday. Fifty-three people have lost their lives since June in what has been the 11th outbreak of Ebola in the vast central African country since 1976. 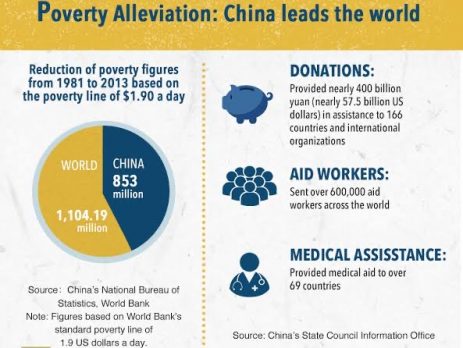 BEIJING, Oct 17 (APP): The Chinese public and private institutions played a key role in poverty eradication, and China had set an example for all world to follow while Pakistani experts were also carefully watching the Chinese government's measures, and they were very keen to learn from this experience, Commercial Counsellor of Pakistan Embassy in Beijing, Badar uz Zaman has said. 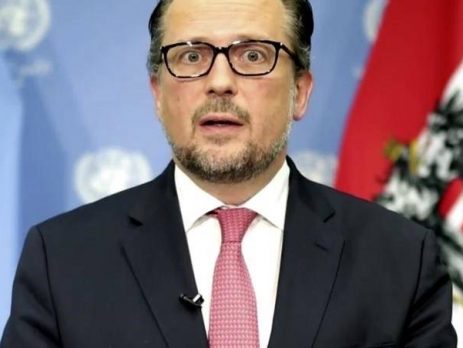 Vienna, Oct 17 (AFP/APP): Austria's Foreign Minister Alexander Schallenberg is self-isolating after testing positive for COVID19, his ministry said Saturday, as the country posted a new daily record for infections. Schallenberg could have contracted the coronavirus during a meeting of European Union foreign ministers in Luxembourg on Monday, a foreign ministry spokeswoman told the APA news agency. 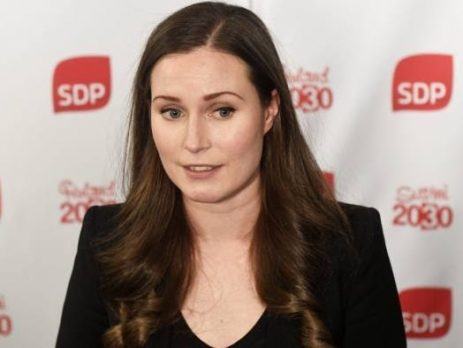 Helsinki, Oct 16 (AFP/APP): Finnish Prime Minister Sanna Marin left an EU summit on Friday to self-isolate as a precaution after attending a meeting this week with a Finnish MP who has since tested positive for COVID19, the government said. "The Prime Minister has today left the European Council and asked the Swedish Prime Minister, Stefan Lofven, to represent Finland during the final meeting". 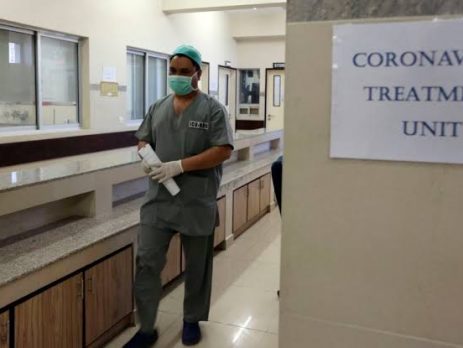 BEIJING, Oct 15 (Xinhua/APP): A Chinese health expert has stressed isolated wards for treating COVID19 patients and called for regular disinfection of the wards and medical equipment to prevent cross-infection. Wu Zunyou, chief epidemiologist with the Chinese Center for Disease Control and Prevention, also advised hospitals against sharing large medical devices between COVID19 cases and other patients. 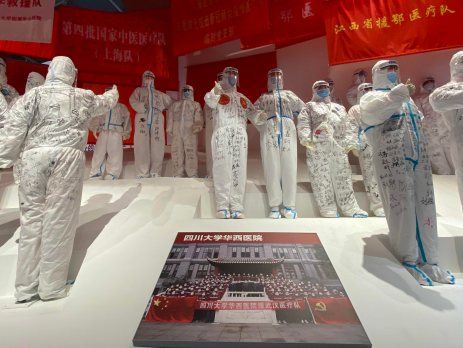 WUHAN, Oct 15 (Xinhua/APP): A special exhibition on the country's fight against the COVID19 epidemic kicked off Thursday in Wuhan, central China's Hubei Province, a city once ravaged by the novel coronavirus outbreak. Huang Kunming, member of the Political Bureau of the Communist Party of China Central Committee and head of  Publicity Department of the CPC Central Committee, attended the opening ceremony. 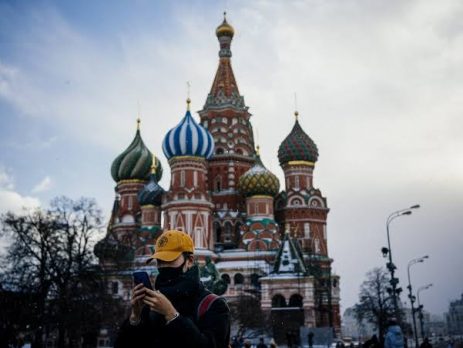