LAHORE (Dec 9, 2020): Punjab Minister for Sports and Youth Affairs Rai Taimoor Khan Bhatti and his delegation had a meeting with Bilal Erdoğan, the son of Turkish President Tayyip Erdoğan in İstanbul on Wednesday.

The promotion of traditional sports between the two countries was discussed at length during the meeting. Both the delegations agreed to enhance mutual efforts for the promotion of sports.

I Had Virus Without Knowing It: Admits South Africa Coach Boucher

Johnson Heads to Brussels as Time Runs Out for Brexit Deal

Brussels, Dec 7 (AFP/APP): Boris Johnson will head to Brussels in a bid to save dying hopes of a post-Brexit... read more 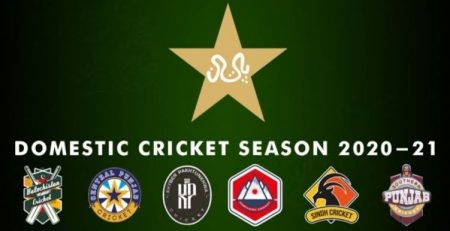 Rawalpindi, 18 October 2020: Head coaches and managers have lauded the arrangements of the National T20 Cup. The tournament was... read more

Sindh to take on Northern in National U19 Tournament Final

Lahore, 27 November 2020: Defending Champions Sindh U19 will take on table-toppers Northern in the National U19 Three-Day Tournament... read more